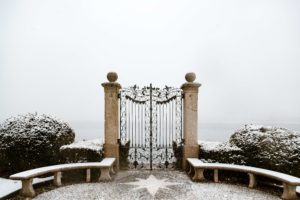 To Succeed in Sales, Treat the Gatekeeper with Respect

When cold calling companies, the first person you talk to is normally the receptionist or administrator for the company—the gatekeeper. They may not have much say in the large-scale business dealings of their employer. However, during that first cold call, they’re in control. Gatekeepers decide whether or not to put you through to a decision maker, and it can take as little as the wrong tone of voice for them to decide to block you from having that potentially lucrative conversation.

When making a sale, salespeople often must speak several times with the decision maker of the prospective company. They are the person with whom it is most important to foster a strong relationship. In the end, they control the fate of the sale. But while this relationship should rightly be prioritized, too often new salespeople fall into the trap of ignoring the importance of their interactions with other people—people whose actions can have big implications for the deal as well.

Be More Than Polite

Most of us learned the basics of etiquette in kindergarten. Say please and thank you, play fair, and don’t cheat. In the professional world, many of these behaviors (thankfully) are built into our business dealings. In part because these habits are so ingrained, doing a little more than what’s required can go a long way in any conversation. Ask someone how their day is going and be genuinely interested in their response. If the gatekeeper answering the phones doesn’t offer you their name, ask who you’re speaking with, and write down that name so you can remember it the next time you call.

Small gestures that might only add ten words or so to your call can pay immeasurable dividends down the road, so don’t discount them. The sense of familiarity a receptionist gets from remembering your name might be enough for them to pass you along to someone useful, even if it’s not the decision maker. Be polite to that person in turn, and you now have a foot in the door of a once-completely cold lead.

Treat the Gatekeeper As An Equal

As a former receptionist, I can say firsthand how easy it is to know when someone views you only as an obstacle. Gatekeepers are the first thing to get past in the sales process. But seen in another way, they can be valuable allies. You might have a standard script to go off, but don’t just read off a page when talking to them. Try to genuinely engage within the confines of the conversation. Sometimes establishing a small bond over bad weather or a regional sports team is all it takes for the gatekeeper to let their guard down in your conversation.

Everyone likes to help. If you’re getting nowhere, try asking them for assistance. While being vague, ask them which voicemail they could send you to, where it’s more likely the right ears will hear your message. Being honest and treating the gatekeeper as a collaborator can sometimes make the difference in repairing a call gone bad. Even starting a sentence with something as small as “Maybe you could help me out” can shift the mood of the call from combative to collaborative.

Gatekeepers are often explicitly told to not let salespeople through, so  their objective may be ending the call as quickly as possible. Politeness will get you far, but to get through to the decision maker, you’ll need more than that. Before the call, do your research. Know who to ask for by name and have backup names to request if you’re unable to get to that decision maker or their voicemail. Taking even five minutes to scroll through the company’s website to learn more about their staff and mission can be a huge boost.

As a receptionist, I learned quickly how to identify cold calls. Asking for a “someone in ____ department” instead of a specific name was a quick giveaway. So was asking for the contact information of multiple employees with no explanation. Sometimes you won’t have a name, which makes getting past the gatekeeper trickier. But get creative! In this digital age, most companies have a web presence. Do your homework beforehand online. That way, you can sound authoritative on your initial call with the decision maker. Faking it is a lot easier with a safety net of research.

Ultimately, a salesperson should speak to a gatekeeper the way their grandmother would like them to speak—with respect and kindness. Though you can’t control their response, being present and competent on the phone will help you lead the conversation in a productive direction. As salespeople, we set the standard for the product we’re representing through our conduct. Treat a person with kindness, even if they’re being nasty, and you set the tone of the call. You might be surprised at how far human decency can take you.

Why Product Knowledge is More Important Than Ever in Sales

How to Do Sales for Manufacturing and Logistics Companies