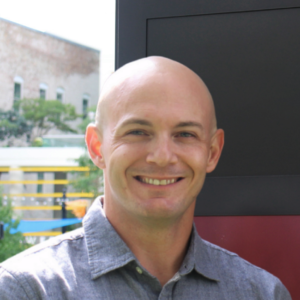 Director of HR and Recruiting

Ryan attended undergrad at Western Michigan University where he obtained his Bachelor’s degree in Psychology. Upon graduation, he left Kalamazoo for Chicago where he worked in direct patient care psychology as a mental health professional. While working for healthcare organizations in the city Ryan identified his career passion, organizational behavior and Human Resources.

While working full time, Ryan completed his Master’s degree in I/O Psychology from The Chicago School of Professional Psychology. After working for a year in the HR department of his hospital, Ryan was looking for a more entrepreneurial environment where he could make a true impact on the growth of a company and the development of team members. Ryan joined Acquirent in the Recruiting Department in 2012 and has since then progressed into the role of Senior Recruiter as well as Human Resources. Today, he finds his passion recruiting and coaching Acquirent’s sales elite.

Ryan is always on the move, and hasn’t lived at the same address for more than two years. His wanderlust has taken him all over the world:  his favorite travel destination has been Cambodia. He teaches Crossfit in his free time, and runs marathons with his girlfriend, Katie. He has two rescue dogs named Dixie and Cali.