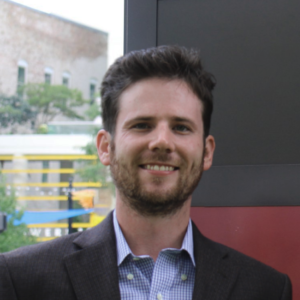 Jack McCarthy was raised in Chicago, IL, and received his Bachelor of Mathematics from the University of Colorado Boulder. Jack started working for Acquirent in July 2014 as a sales rep and has successfully progressed to a team lead. Jack moved from a cold-calling role to a full sales cycle roll by soaking up as much industry information as he could while learning from his experienced co-workers. In his second year, Jack won Acquirent’s Most Improved Salesman Award proving that he had earned the ability to move into a full closing role.

Jack has been highly active within the Acquirent community by participating in projects including; mentorship, career pathing, and sales training exercises.  His consistent performance in hitting goals while getting involved in leadership at every opportunity led to him winning the ACQ Award in 2016.  Most recently, Jack’s mentee was awarded ACQ’s Rookie of the Year award which is a testament to the growth and success he strives for not only himself but also his teams.

While Jack may have been raised in the city, he’s a passionate fisherman and outdoorsman, and you can often find him running or biking on the Chicago lakeshore. He has hiked the Iditarod trail of Alaskan fame, and his two greatest accomplishments are catching a 32lb king salmon and getting engaged.