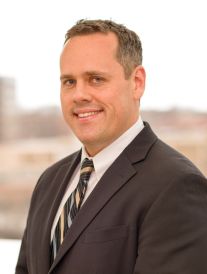 Discovering the Art of Cold Calling

There’s a lot to be said about the “art” of cold calling. Art can be defined as the expression or application of human creative skill and imagination. In sales, scripting is important—but equally important is showing your personality and unique style on every call. If the tone and inflection of your voice sounds insincere or like you are reading, you can kill any chance of a successful cold call. Your tone is so important, it involves putting the right inflection on each syllable.

“Hi, my name is Jon Elhardt? I was hoping I could speak to the owner about your sales team growth initiatives? Could you direct me to the appropriate person?”

In this example, imagine the sales professional lets their voice swing up at the end of the sentence. Doing so sounds unnatural; people calling with a purpose don’t talk like that.

When prospects hear this, they immediately respond with “We’re not interested” and “We don’t take solicitations.” Nothing screams unpolished telemarketer like a voice swinging up at the end of every sentence.

DISCOVERING THE ART OF COLD CALLING

If you do this now, don’t feel bad. When I first started calling, I got hung up on a lot. I blamed my lack of cold calling success on everything but myself for a while—the script, the market, the product, the company. You name it, I blamed it.

One day I realized that perhaps it was how I sounded that stood in the way of my success. Determined to crack the “getting through successfully” code, I printed out my script and practiced my script in order to figure out how to solve my problem.

I started following each word with my pen, not unlike a bouncing ball on each syllable on a karaoke screen. I noted which words I emphasized, which words were swinging up, and which were swinging down. If the call resulted in a negative outcome, I would try it a few more times to gather additional test data, before changing my approach.

After a day of calling, the result resembled a sound wave or a heartbeat monitor.

THE CODE FOR SUCCESS IN COLD CALLING

In cracking the code for failure, I identified a code for success! I practiced that same tone pattern for days and weeks until finally I rarely got hung up on and got through to the direct manager 80% of the time. I found that regardless of the scripting language, I found the tonal pattern that would get me through to a decision maker more often.

Note: In addition to this technique, there are numerous books and CDs on the art of cold calling. Steve Schiffman’s Cold Calling Techniques is one that I highly recommend that I’m sure you can pick up for less than $10.

Jon Elhardt joined Acquirent in January of 2013 as the Sales Manager for Acquirent’s Constellation Energy account. He was tasked with creating a new team at Acquirent for an existing client that was to be highly transactional with a renewed focus on core sales fundamentals. Jon lives in the Edgewater neighborhood and enjoys traveling, music, spending time with his wife and son, and taking advantage of everything Chicago has to offer.[/fusion_text][/two_third][/fullwidth]

How to Avoid Burnout in Sales

Writing a Call to Action in a Cold Email

Alongside cold calling and social media campaigns, cold emails are one of the most…